A Gathering of “Sedge Heads” 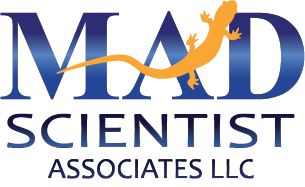 The AmphIBI yielded documentation of four species of salamander and seven species of frogs and toads. The eggs of a Four-toed Salamander (Hemidactylium scutatum), a species of concern in Ohio, were observed during this sampling effort. Wood Frogs (Lithobates sylvaticus), a high-scoring, vernal pool obligate, were common to abundant in both pools. Both of these species are habitat specialists, meaning they are highly sensitive to habitat disturbance and therefore occupy a very narrow ecological niche. Forested wetlands with regularly inundated pools, wide buffers with ample woody debris, and canopy cover are often where these species are found. Overall, the AmphIBI data categorized the two vernal pools as superior wetland habitat (SWLH; the highest ranking aquatic life use category), indicating that these vernal pools are of the utmost importance to protect and conserve. 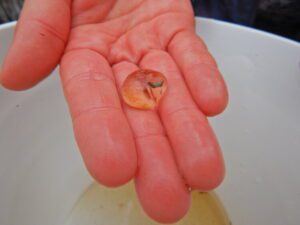 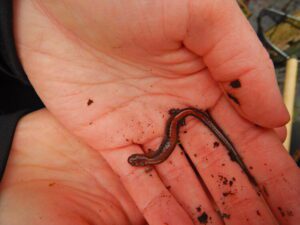 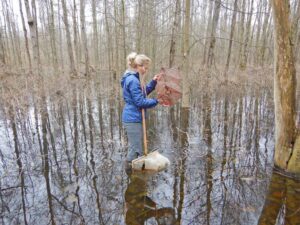 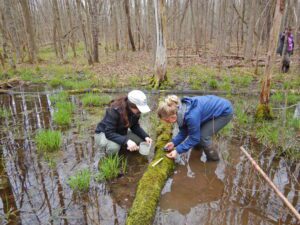 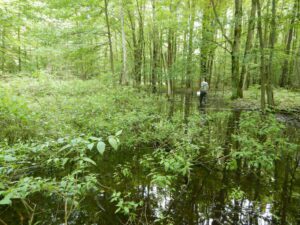 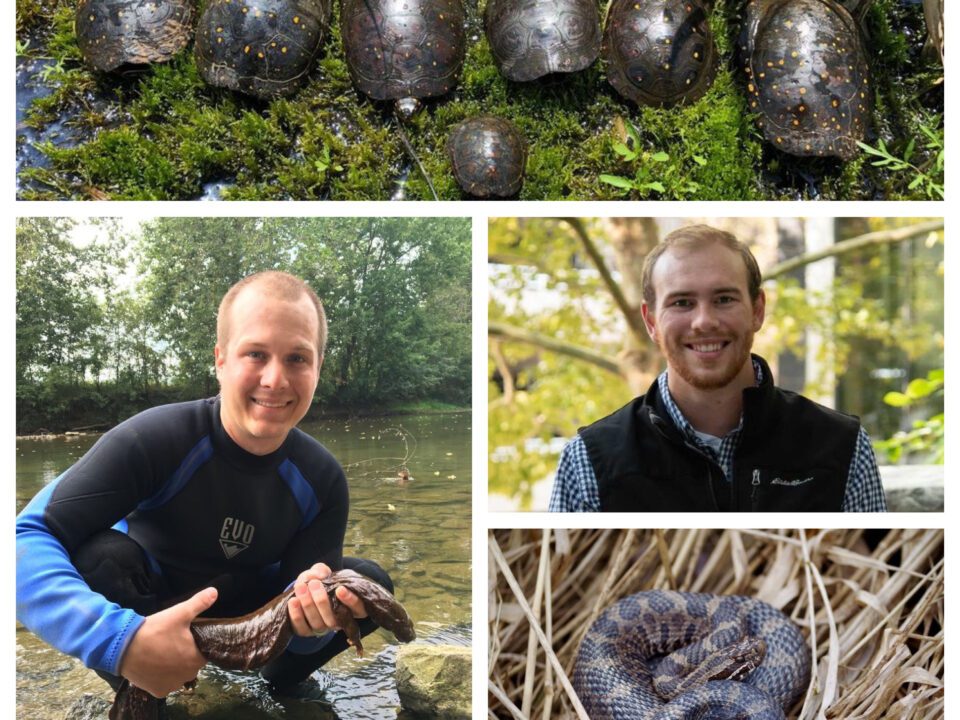 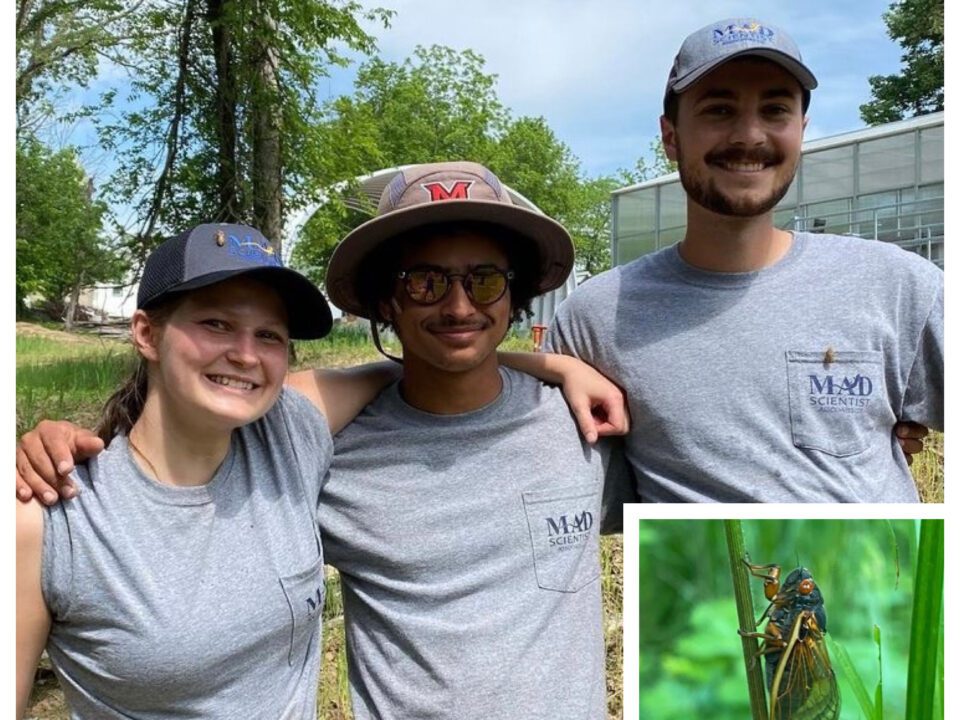