MAD Scientist Associates was hired to complete a full suite of wetland services for the Rumpke Noble Road landfill in Richland County, Ohio, starting with wetland delineation in the area of a proposed expansion of the existing landfill. A moratorium on new landfill development in the Muskingum River watershed meant that expansion had to occur on site, and impacts to several forested wetlands could not be avoided. MAD handled all of the permitting and coordination with the regulatory agencies in what was our most complex permitting scenario to date: the site straddled a watershed boundary that coincided with a U.S. Army Corps of Engineers District boundary and contained both jurisdictional and isolated wetlands, therefore MAD had to coordinate with two Corps Districts and the Ohio EPA to obtain all of the necessary permits. MAD also coordinated a bat mist-netting study and archaeological survey, as required by the regulators to obtain final permit approvals to begin work on the expansion construction.

In one watershed, mitigation bank credits were available—and were purchased—to meet the client’s mitigation obligations. In the other, no credits were available, and the client opted to mitigate on site within a setback in the western part of the property. MAD completed a site assessment and mitigation design that took ad-vantage of existing hydric soils and adjacent hydric soil areas that could be used for borrow material to provide the base of the excavated wetland basins. This design (and overall mitigation strategy) was approved by the Corps, Ohio EPA, and the county Soil and Water Conservation District. The onsite mitigation area, totaling 11.5-acres of forested and emergent wetland, has been planted and is currently being monitored (year 2 of 10).

A unique aspect of this project is that MAD gained support from the client and the regulatory agencies to salvage plant material and relocate wildlife from the impacted wetlands which will not be impacted for several years, giving the mitigation area time to establish prior to relocating biota. This design-bid-build project will exceed $1M when complete. 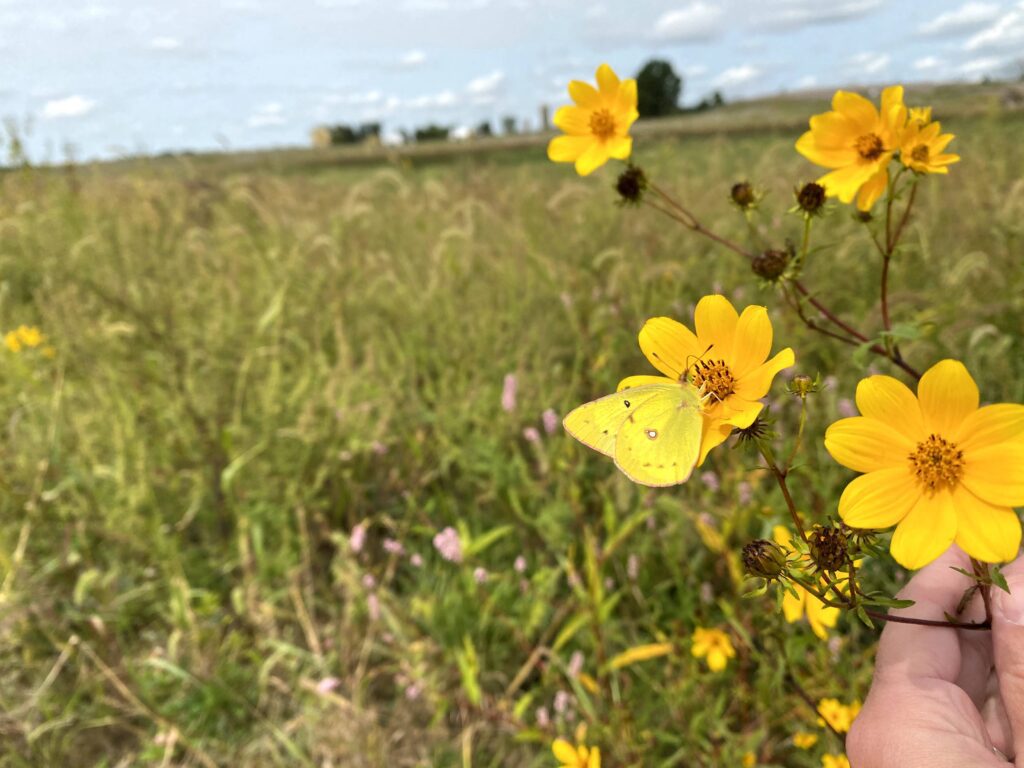 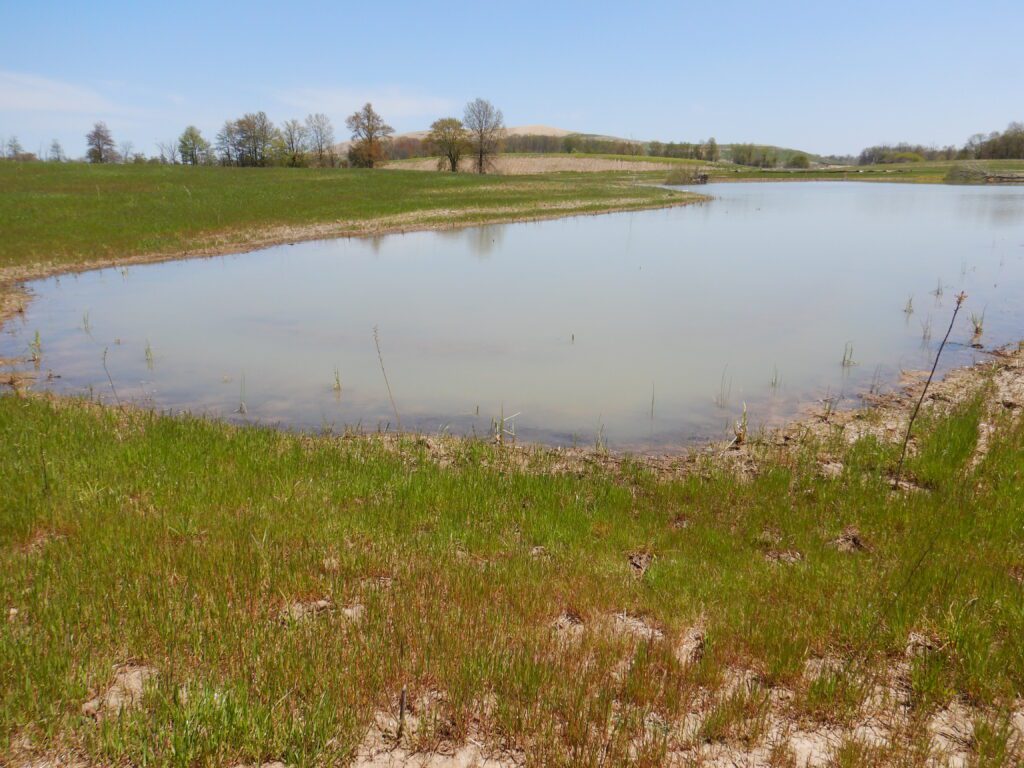 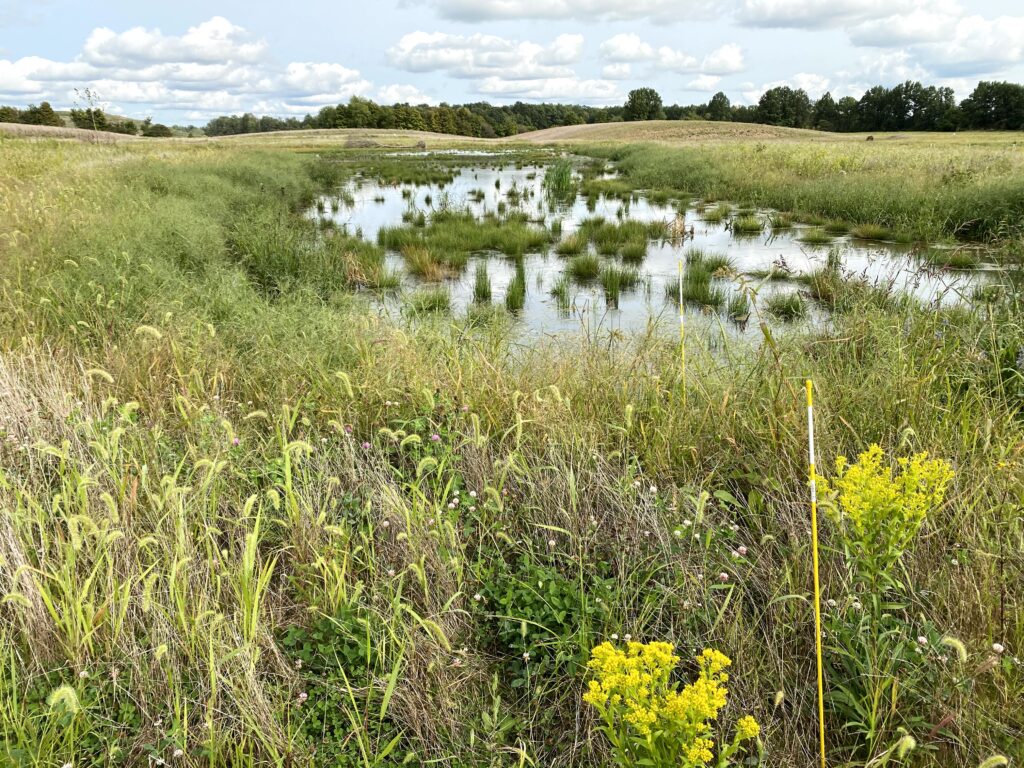 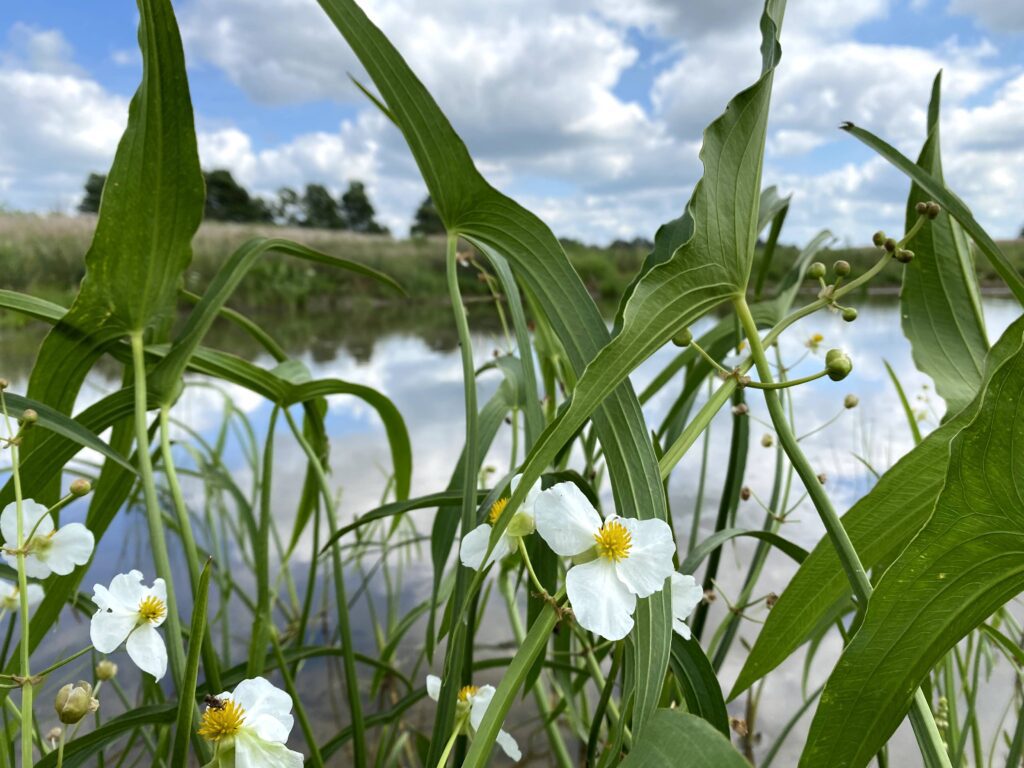